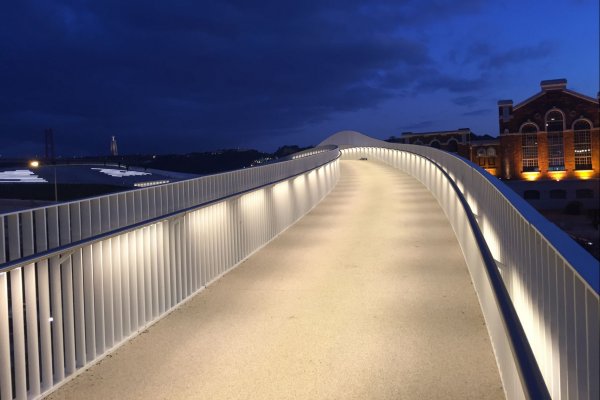 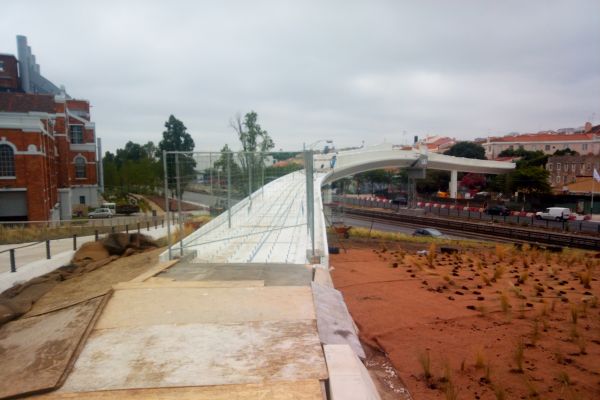 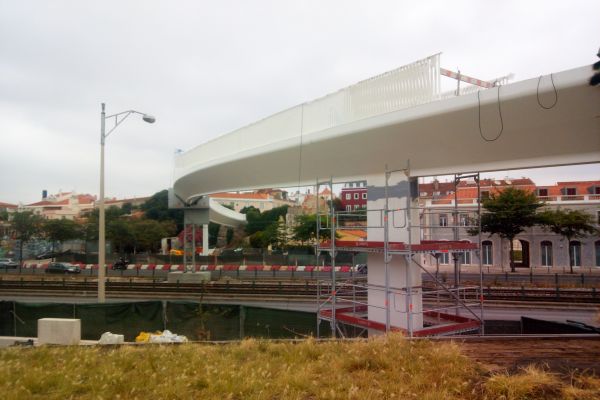 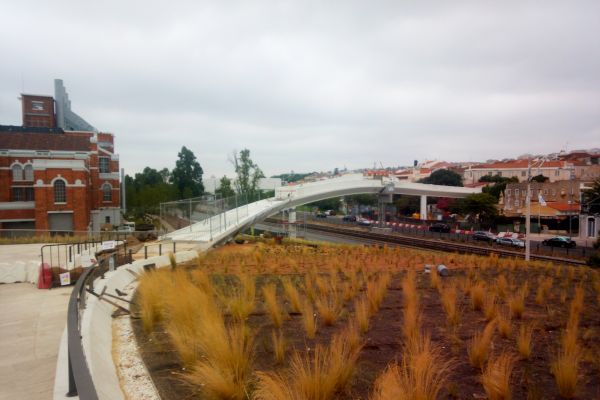 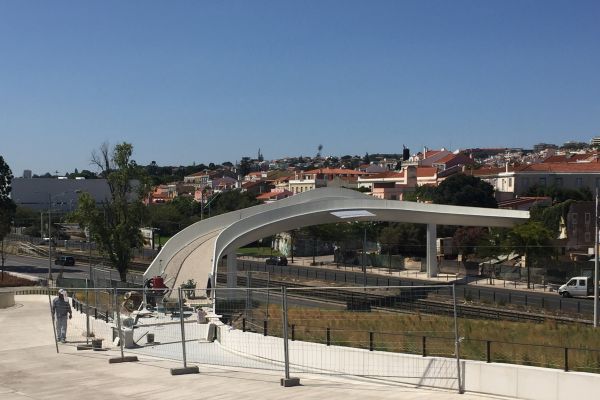 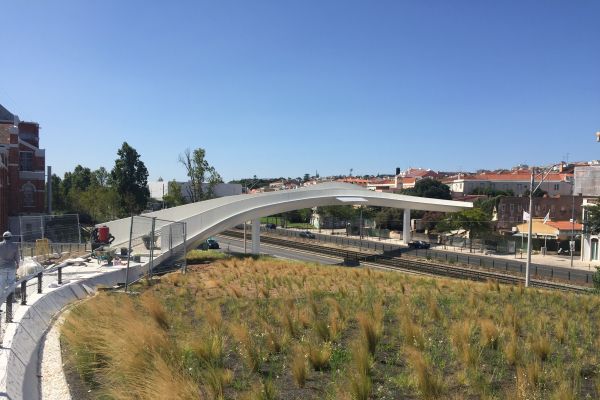 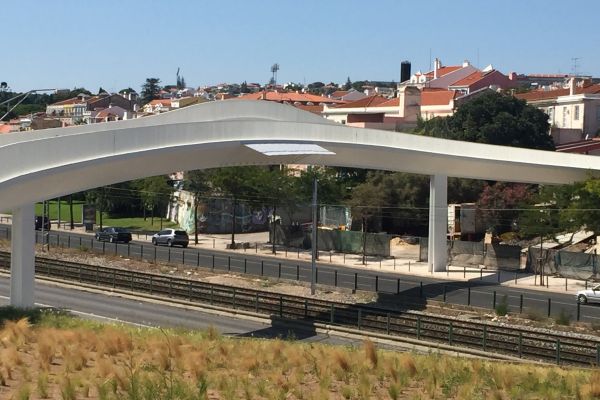 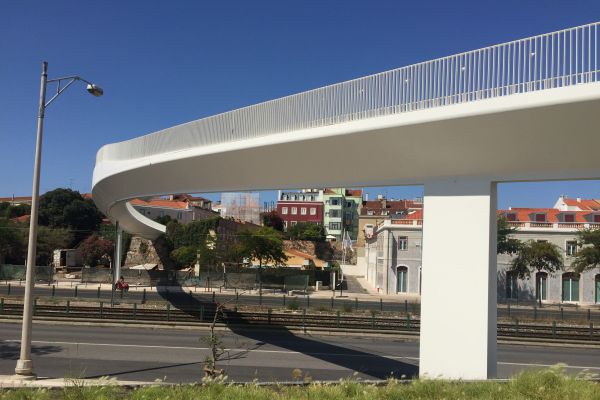 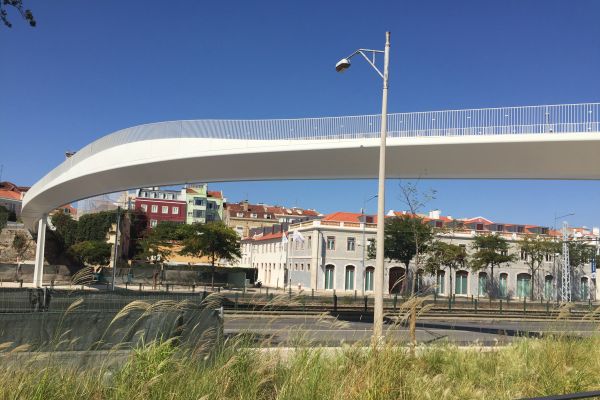 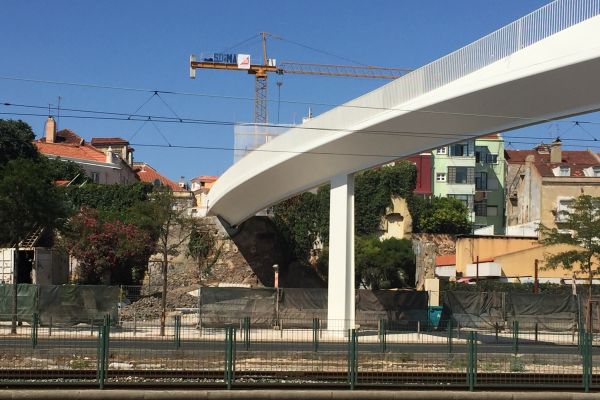 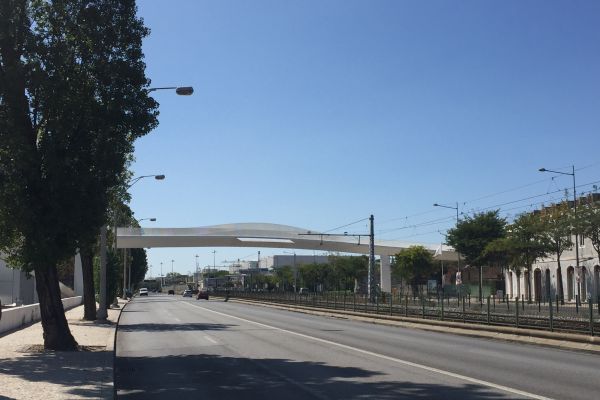 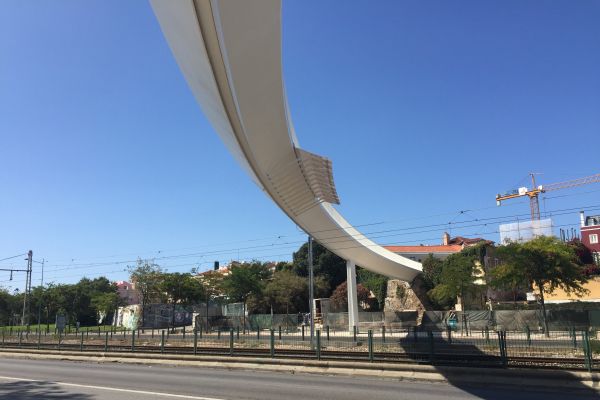 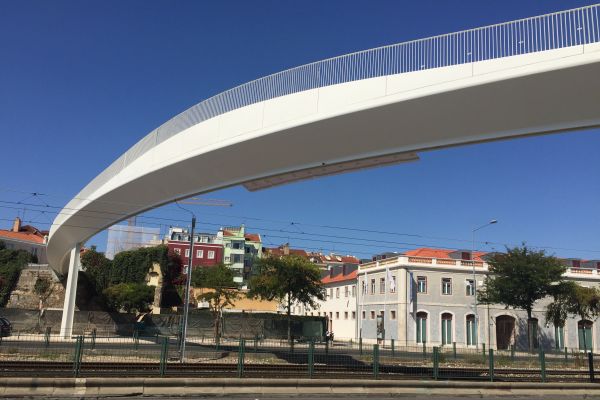 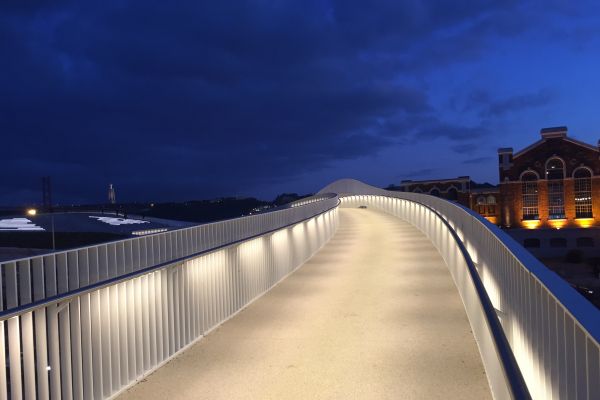 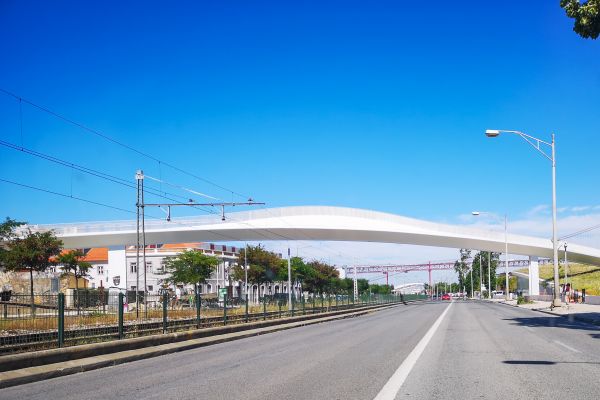 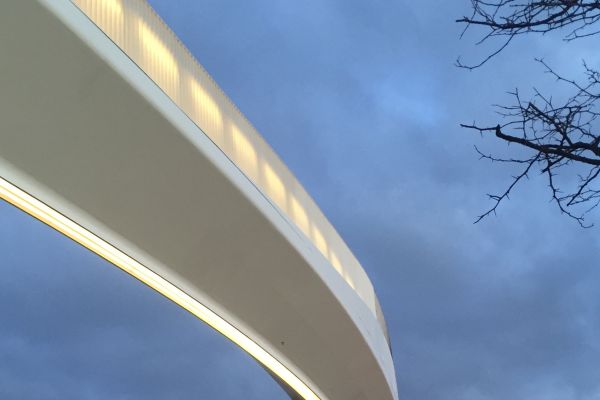 The route starts in the south still on the roof of the building with an approximate slope of 4.1%, reaching the maximum elevation on the railway line in order to guarantee the minimum necessary gauge. On arrival at Largo Marquês de Angeja the inclination is 5.3%, remaining constant throughout the North Meeting until reaching the existing street level. In plan the route is straight at the start on the roof of the building, developing later in a curve of constant radius, measured at the board's axis, equal to 95m until arriving at Largo, where the route is straight again.

The bridge itself starts over the new building in an area where the level of the pedestrian path is already sufficient so that the deck does not intersect the roof. Taking into account the altimetric and planimetric conditions of the path, as well as the possible locations for the implantation of the board supports, we opted for a structural solution for the bridge bridge with continuous beam structural operation with continuity connection to the 3 support pillars . The modeling of spans from south to north measured along the axis of the deck was as follows: 6.00m (console to the P1 pillar), 27.76m, 52.98m (central span between the P2 and P3 pillars) and 23.69m with a length between expansion joints equal to 110.83m.

The tray has a cross section in a coffin in order to give it the necessary rigidity to cope with the high torsional efforts resulting from the curvature of the plan layout. Its shape is trapezoidal. It was decided to use steel as the main structural material for economic reasons for the spans in question, for its greater ease of assembly, with less constraints for the circulation of trains and vehicles, and for aesthetic reasons, in order to go against the shape and aspect that you want to give to the bridge. 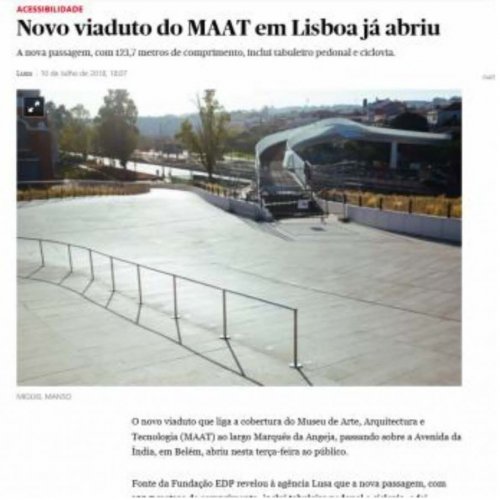 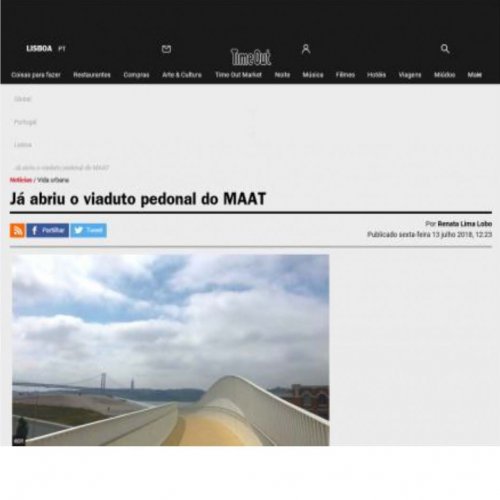 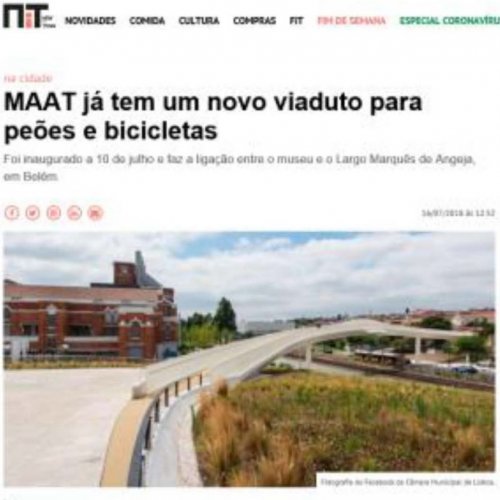